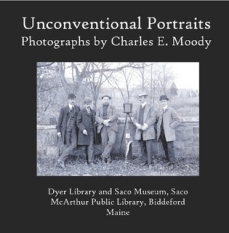 A patron called up recently with the following question: “when did the quote of the day start running in the local newspaper?”

What a challenging, awesome question! I got to work to see if I could track this info down*…and what I learned was so interesting that I decided it was worth sharing.

What I found was that the Quote of the Day first appeared in the Biddeford Daily Journal on November 13, 1922. It was originally called “Thought for the Evening”, and the very first one was a quote by Sir Francis Bacon (see below).

I was curious, why then? What happened to spur the paper to print something like this each day? In looking at the prior day’s paper, I found what seems to be the answer…Armistice Day. The prior day’s paper honored Armistice Day, and there were numerous events around Biddeford and Saco…after all, the war had only ended 4 years prior.

The scars were not yet healed from the War to End All Wars. And so, perhaps it was this need to reflect that inspired the publisher of the Journal to include a daily quote from that day forward.

*Librarianship Nerds! You wanna know how I found it?? I started with the earliest decade I knew had a daily quote (1940’s) and then looked at microfilm from each decade, starting at 1899 earliest, and moved inward in increasingly smaller chunks of time (decades, to 5 years, etc.) from those ends until I zeroed in on the date. It took awhile. Library work is for people who like to solve puzzles and is definitely not for quitters!